The Murder of Tony Adams


November is a dark month in which deadly deeds have been done. Murder. Homosexual homicide. Between 1969 and 1978 Gay Liberation came to Salt Lake City with the formation of Gay churches, openly Gay bars, and a Gay student club. In 1974, the American Psychiatric Association removed homosexuality as a clinical mental illness. At its giddy peak in 1977, Salt Lake City’s Gay organizations protested Anita Bryant’s appearance at the Utah State Fair, forced the state not to hold church sponsored dances in the capitol’s rotunda, forced the Hotel Utah to pay a settlement for breaking a contract, and helped more and more people to come out of the closet. Despite all of this, in the following year an event occurred that nearly sent the gay community back into the closet.
In 1978 a series of murders of men in Utah’s Gay community took place. Most of the men were closet cases and murdered in compromising situations. But when a Gay activist was murdered on Nov. 3, 1978, shock waves of fear rippled throughout the community. 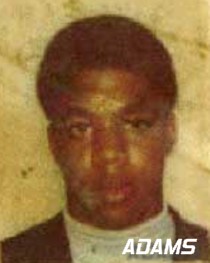 Anthony “Tony” Adams was a Gay African-American socialist. Rev. Bob Waldrop, then pastor of the Salt Lake Metropolitan Community Church, called him “a true freedom fighter.” Born Jul. 30, 1953 in Baltimore, Maryland, Adams was raised in Salt Lake City and graduated from Judge Memorial High School. He was attending the University of Utah at the time of his death.
As a leader in the Salt Lake Chapter of the Socialist Workers Party, Adams had helped organized the Anita Bryant Protest in 1977. His membership in the SWP kept the leadership of Dignity/Integrity, Catholic and Episcopalian gay support groups, from joining the Salt Lake Coalition for Human Rights of which he was a member. They claimed that their Christian values made them not want to associate with a Marxist.
At the time of his murder, Tony Adams was the campaign manager for the Socialist Workers Party's Congressional candidate Bill Hoyle who ran in the Nov. 7 general election. Hoyle had worked on the 1976 campaign to stop the execution of Gary Gilmore in Utah which reinstated the death penalty in the state. Adams was murdered just days before this election, which led the National Socialist Workers Party to believe that Tony’s death was politically motivated. 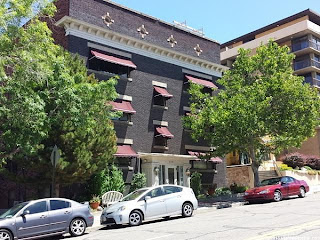 At about 8:45 p.m. on Nov. 6, 1978, Bill Woodbury, Adams’ boyfriend, Rev. Bob Waldrop, and another friend went to Adams’ apartment at 125 E 1st Avenue located across the street from Brigham Young's graveyard. They were concerned because no one had seen or heard from him for several days. After climbing in through a window, Woodbury found his boyfriend in the bedroom, naked and covered with blood. Adams had been stabbed repeatedly with a butcher knife and his throat slit. An autopsy showed that he had been dead for several days and murdered on Nov. 3.

Coincidentally, police detectives were still investigating the death of 16-year-old Sharon Schollmeyer who was found strangled to death in the same apartment building in December 1977. Her naked and bound body was discovered in a partially filled bathtub, according to the state's cold case website. A Utah medical examiner determined the manner of death was homicide.
During that November, Gay leaders patiently waited for the police to catch Tony Adams’ killer(s). When news of the assassination of Harvey Milk on Nov. 27, 1978 reached Salt Lake City, Gay activists in Utah feared the worst — that vocal Gays were being targeted. 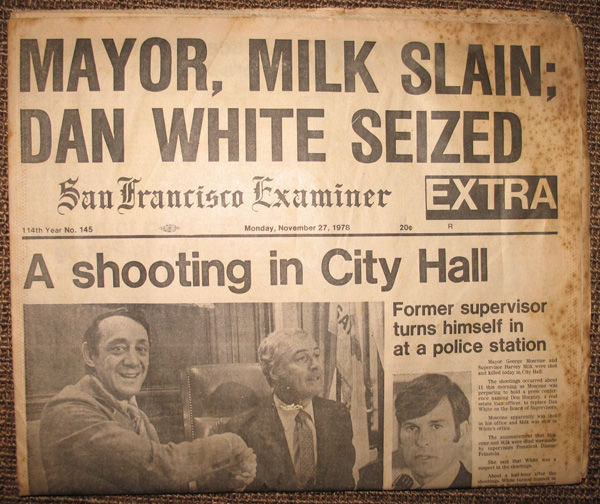 On Dec. 13, 1978, Rev. Bob Waldrop along with members of the Salt Lake Coalition for Human Rights and Sid Stapleton, a Socialist Workers Party official from New York, met with Public Safety Commissioner Glen Greener and Salt Lake City Police Chief Bud Willoughby. They demanded that police “provide more vigorous protection” in a “general atmosphere of violence in the community against Gay people.” The group accused the police of being insensitive to the needs of the Gay community and suggested they were involved in a “calculated program of harassment.”
Rev. Waldrop told the city officials that he himself had been the recipient of 22 death threats in the past two years, and added he had heard rumors that police were looking the other way when violent acts against homosexuals happened. Stapleton accused the police of dragging their feet investigating the recent murders of homosexuals and stated the investigation in the death of Adams should be considered an “assassination of an out spoken political leader.” Both Greener and Willoughby denied the charges, claiming that murders were being “rigorously” investigated and that a suspect in the murder of Doug Coleman, another Gay man, was in the state mental hospital for observation.
Doug Coleman was murdered on Nov. 30, 1978  the day before his 26th birthday after leaving the old Sun Tavern, a Gay club located at 4th West and South Temple in Salt Lake City. 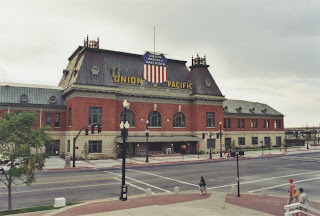 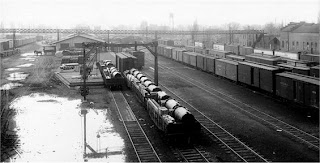 Coleman's obituary without picture was printed Dec. 2, 1978 in both the Salt Lake Tribune and the Deseret News  Obituary- Douglas Ray Coleman died Nov. 30, 1978 in . He was born Dec. 1, 1951 in Ogden Utah to Robert C. and Merle Williams Coleman. He graduated from Box Elder High School in and attended . He received rewards on Peach Days for his Oil Paintings. Former employee at Safeway Stores as produce manager. He was buried in .
A 1973 article in the Ogden Standard Examiner listed Doug Coleman  as among 27 adults and juveniles arrested in Ogden by a drug task force for using and selling marijuana, LSD, and amphetamines. [Drug Raid Article] Later in 1975 Coleman found himself in the news again when he was involved in a car pedestrian accident in which he hit and killed a man in Ogden.  [Car accident article] 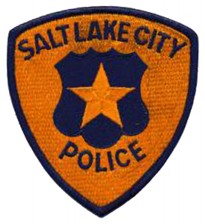 Gay community leaders were not satisfied with the police officials’ responses and claimed that they had inside knowledge from a “closeted police officer” that some officers in the police department joked about Adams’ death, saying, “Nigger, Queer, Communist — Three Strikes You’re Out.”
The meeting ended unsatisfactorily with Rev. Waldrop stating that fear was sweeping the Gay community; that there might be “an L.A. Slasher type out there” who was systematically murdering persons thought to be homosexual. Waldrop noted that four persons with ties to the gay community had recently been murdered in the Salt Lake area.
The SWP charged that the police had been “lax and ineffectual” in pursuing the investigation. They also charged that the police had harassed Adams prior to his death by entrapping him in a sex charge. It was uncovered that shortly before his murder, the city vice squad had arrested Adams for soliciting sex acts for hire. The police claimed that Adam’s phone number had been scrawled in a telephone booth and in restrooms throughout the Salt Lake area. The vice squad officers then called the number and arranged to meet him for a “sex act.” Upon meeting with Adams they arrested him. Shirley Pedler, director of the Utah ACLU, upon learning about this situation questioned Chief Willoughby about this method of locating “sex offenders.” The chief promised that he would “look into the situation,” but nothing was ever done.
On  Dec. 30, 1978, the SWP went to the United States Department of Justice Civil Rights Division requesting that the FBI investigate the death of Tony Adams. They maintained, “we believe the murderer violated his civil rights and also committed the crime of interfering in a political campaign for federal office.” Then the Socialist Workers Party outlined why they felt that the motive for the murder was political. First, there was no evidence that anything was taken from his apartment, thus burglary did not seem likely. Second, the murder was particularly vicious — Adams was stabbed three times in the chest and then after death his throat was cut. The SWP charged that the Salt Lake Police Department was “not pursuing this case with the attention a political crime of this type would warrant. Conflicting and confusing reports from the police as to physical evidence and the progress of the investigation raise questions in our mind about the competence of the police to investigate the murder of a man to whom they were actively hostile.”

The murders of homosexual men in 1978 cast a long shadow over the city’s Gay community. Rumors abounded and the trust level between the police department and the community became virtually nonexistent. When rumors surfaced that the knife used to murder Adams was one taken from the Salt Lake Police Department’s evidence room, many feared that someone in the department was the killer of both Adams and Coleman. These same people felt that the police were covering it up to avoid a scandal.
For whatever reason Tony Adams was murdered his death sent a pall over the newly emerging Gay community, imparting to many activists a sense of melancholy and fear. Gay Liberation activism virtually came to an end in Salt Lake City for the next four years until a new generation of Gay leaders unfamiliar with the events of 1978 came forward to take their place.
Tony Adams’ murder remains unsolved to this day [2009] and is listed as cold case #1978-86442. The police’s synopsis of the crime is simple: “The victim was found inside his apartment. He had been stabbed. The initial investigation showed that the victim was a member of a local radical element.”
Socialist Workers Party leaves Utah in 1997 after 20 years
20 Aug 2011 Case reopened
cold case reopened

Posted by This Day In Gay Utah History at 11:01 AM